Robert is the author of the New York Times bestsellers The 48 Laws of Power, The Art of Seduction, The 33 Strategies of War, The 50th Law, and Mastery. In his highly anticipated sixth book, The Laws of Human Nature, he turns to the most important subject of all – understanding people’s drives and motivations, even when they are unconscious of them themselves. I had the privilege of meeting & speaking with Robert in LA on February 11th, 2019.

1:13 –“Well, I'm a shock that I have had any kind of success in life. [...] I would not advise going this path if you want to make money or have success. I would write a 100 page book in which you flatter people and tell them how great they are, and have little formulas about how to change who they are, and write it in 3 months. That would be my advice *Crowd Laughter*.

[...] You know... I don't fit in the times that we live in. I'm very lucky that I wrote The 48 Laws of Power when I did because I don't think if this (Laws of Human Nature) was my first book that it would have worked. [...] But, I agree with Ryan, people are hungry for real ideas, they’re hungry for real change, they’re hungry for something different… and I give them books that are different form the normal fare out there. I’ve managed to carve a niche that separates me from the mass of books being written, so there’s a strength in that. But it comes with a price, it comes with a lot more work than you ever imagined.” 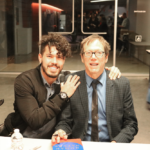 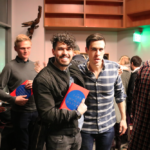 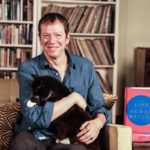