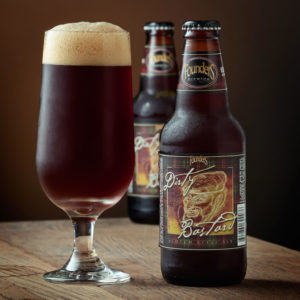 Solid beer, a little heavy. Strength on point, smooth, but a bit bitter. Great to compliment a meal, not so good as a party beer. Aftertaste is like you peeled a grapefruit with your teeth. I’m sauced, on #3 feeling nice, have some concern about drinking a light beer after this considering the chaos of last week’s dark and light mixing. Stay tuned. *Update* All was well. Would drink again. 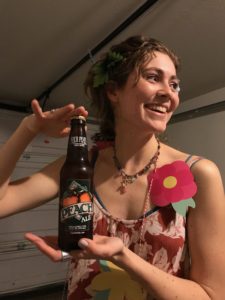 ***Was gifted a beer for the blog by the exquisite Sarah Curci! THANKS SARAH***

Not bad! Smooth, delicious when cold, peachy enough to taste, but not so peachy to be syrupy nastiness. Awesome as a starter, palate cleansing, clean finish. Augmented as it was a gift for the blog from the flower child beautiful child in the zone, angel goddess of delicious brews Sarah Curci (pictured above).

***Additional story behind this beer***

Sarah gifted me a bottle and I saved it for a party we were going to later in the week. Brought the beer to the party but a kook named Kevin snatched it out of the fridge and drank before I could get to it (What a fucking SAVAGE). This prompted a covert mission to the liquor store. I had to review the beer, and couldn’t let Sarah find out her gift had been squandered. Drove to THREE places, (Thank you Erin & Anthony) NONE had it. Then, a HERO named MICAH emerged and suggested a fourth spot. We mobbed, he found the beer, and BOUGHT THE 6 PACK (LEGEND). Came back to the party, Sarah posed with the bottle, we got sauced, everything was (aha) peachy. Even gave peach pilfering Kevin one too. 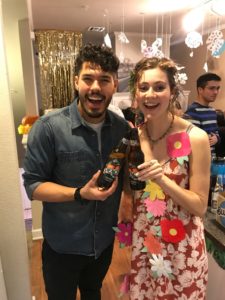