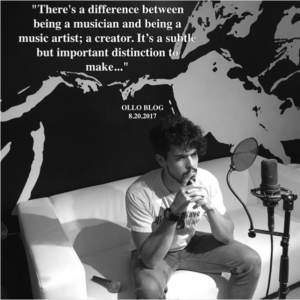 A Pilot, like a musician, is hired for their services and the direction they go in is determined by the destination of the client, not the pilot. In a piece of music a musician plays; or the skies a pilot flies, they are able to exercise their own creative style and unique way of navigating so long as it’s within the confines of the path they’ve been directed in. Often times the Pilot is as proficient or even more so at the craft itself than the artist, but the artist has free reign over the skies, along with the added work of determining the destination, the best route, and then flying to the point. Amelia Earhart is an artist; a creator, the pilot on the last American Airlines flight you took is a musician.

The pilot is probably still alive though so, the risks stands